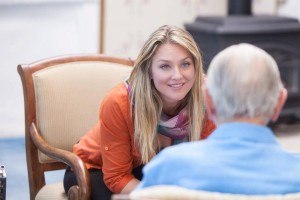 Genuine leadership is of only one type: supportive. It leads people: It doesn’t drive them. It involves them: It doesn’t coerce them. It never loses sight of the most important principle governing any project involving human beings: namely, that people are more important than things.

Work With People’s Strengths. As a leader, you will get the best results for the least amount of effort if you work with those who are in tune with your ideals. You would be wise not to give a disproportionate amount of energy to those who are not in tune. Creativity cannot thrive where too much effort is devoted to combating negativity.

Give Support. The leader who fears strength in his subordinates is concerned merely with protecting his own position. Any work that he and they may be engaged in is certain to produce only negligible results.

Make Action Your First Priority, Not Talk. When faced with any decision, make your primary criterion “what will work,” rather than beautiful (but impractical) theories.

Be Flexible. It is not weakness in a leader to admit error. Nor is it weakness to agree to other ideas than his own. The wise man knows that the fear of being thought fallible is itself a proof of fallibility. Human nature, after all, is fallible. But remember also: Truth always wins out in the end.

Leadership Means Loyalty. It is easy to drive people, more difficult to lead them. No matter how good an idea, if you can’t earn the loyalty of those charged with implementing it, by giving them your loyalty, your efforts will be doomed to mediocrity.

Leadership Means Service. Too much attention is generally given to the position, rather than the function of leadership. Once rank assumes importance for its own sake, creativity and meaningful progress grind to a halt. Only a weak leader feels the need to wave his position before his subordinates.

Leadership Means Responsibility. The true leader is concerned not so much with the opinions of others as with the truth, with getting a job done, with inspiring others to join him in working toward a worthy common goal. This concern implies a willingness to assume responsibility.

Leadership Is Not an Ego Game. What does leadership mean to you? Does it give you a thrill to think of others looking up to you, waiting breathlessly your slightest, but ever-wise, decision; or leaping to carry out your least, but always-firm, command? If so, you may have the necessary instincts to command a flock of sheep, but not to lead a dynamic organization.

What is True Success? A true leader is neither attached to success nor afraid of failure. He knows that success is not so much the completion of a specific project as the energy that goes into completing it. Projects can be destroyed, but never energy itself.

Learn more Leadership Strategies for Happiness in the book: The Art of Supportive Leadership, by J. Donald Walters