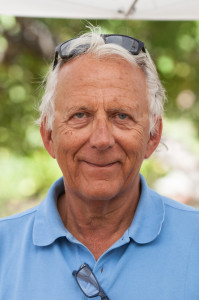 Born into a film-making family, Roberto’s career as a producer spans nearly four decades. He is a driving force behind the State Film School of Rome (Centro Sperimentale di Cinematografia), which prepares young filmmakers. Roberto is widely respected for his filmmaking innovations, his creativity in resolving filming challenges, and his organizational and leadership skills.

He is the CEO of Empire Studios in Rome and teaches the business aspects of filmmaking at Tor Vegata University in Rome and the European School of Economics in London.

Finding Happiness is Roberto’s first venture into the spiritual documentary genre. He was pleased to bring his vast experience to a film with an uplifting message for humanity, and to establish a relationship with Swami Kriyananda and further his personal quest as a truth seeker. 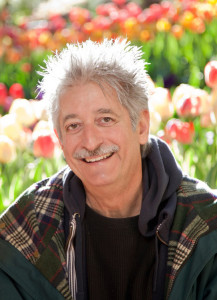 Ted came to Finding Happiness through his long association with Roberto Bessi, with whom he made many films. He started at the beginning of the development process collaborating on the script and conducting extensive interviews with Swami Kriyananda and members of the Ananda communities in the U.S. and Italy. He created the teaser trailer, attended many of Kriyananda’s public events, did background filming at Ananda Village in 2012, and traveled that year to Italy to direct filming there.

Ted’s first film was the Student Academy Award nominated apocalyptic short Southern hospitality. After moving from Texas to Los Angeles, he honed his craft as a film editor on a dozen low-budget features.

More recently, he has written and directed innovative DVD and Blu-Ray documentary bonus features for Walt Disney Home Entertainment, including Behind Walt’s Story Meetings for the recently released Diamond Edition of Bambi – and the feature-length documentary Dali & Disney: A Date with Destino for Fantasia, about the little-known friendship and collaboration between Walt Disney and surrealist painter Salvador Dali which led to Destino, the world’s first surrealist cartoon. 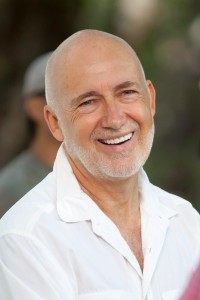 Frank Hildebrand’s production credits include films such as The Tree of Life directed by Terrence Malick and winner of the 2011 Palme d’Or at the Cannes Film Festival, Fair Game starring Sean Penn and Naomi Watts, The Runaways with Kristen Steward and Dakota Fanning, as well as the documentary Food Inc which emerged as one of the most successful documentaries ever distributed in the U.S. Previously he served as executive producer on Into The Wild, directed by Sean Penn, which started his relationship with River Road Entertainment.

Hildebrand’s strong international expertise led him to produce films in Europe, Asia, Africa, New Zealand, and Canada, including Into the Sun, Out of Reach, Sleeping Dictionary, Beowulf, and Freeway. In addition to working as a freelance producer, he served as a production executive on feature projects for Sony, Fox, Miramax, New Line and other studios.

Hildebrand also was executive VP of production at Kushner-Locke, overseeing Picking up the Pieces, The Last Producer, Susan’s Plan and others. While head of production at Epic/Transworld, he oversaw production of Triumph of the Spirit, Firebirds, Bad Influence, and Night Games, among others.

A native of Switzerland where he received a degree in business administration, he began his filmmaking career in London as founder of Jade Film Marketing Ltd., representing major international distributors and producers.