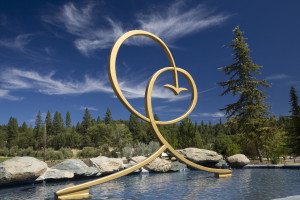 Most of Finding Happiness Movie was shot on location at the Ananda Village in northern California, near Nevada City.

Founded in 1968 on 67 acres of land near the tiny Gold Rush town of North Columbia, Ananda has become a thriving village with 900 acres, 250 permanent residents, nearly 100 homes, schools from K-8 through college, an infrastructure that includes its own water, energy, and telephone systems, biodynamic and permaculture farms, a yoga and meditation retreat, a publishing house, and a wide variety of community-owned and private businesses.

Ananda Village is part of a network of intentional communities that span the globe. 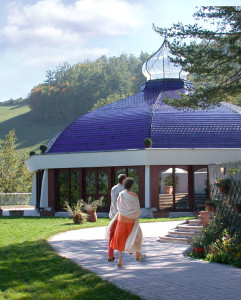 Ananda Europa was started in the early 1980s, in a summer villa in northern Italy near Lake Como.

In 1987 the community moved to the hills of Umbria in central Italy, close to Assisi, the birthplace of St. Francis. Ananda Europa now has about 150 residents. The Yoga and Meditation Retreat hosts thousands of guest yearly from all over the world for spiritual inspiration and training.

Ongoing development includes a school campus for children, a publishing house, an art academy, organic gardens and orchard, and a number of small businesses. 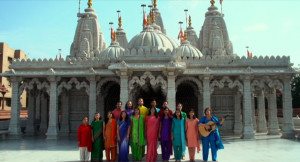 Ananda India was founded in 2003 by Swami Kriyananda and a handful of Ananda members who initially began teaching near Delhi and Gurgaon. As Ananda India grew, a rural community was started in the countryside near Pune, Maharastra. Ananda now has teaching centers throughout the greater Delhi area, as well as in Bangalore and Chennai.